Bulgaria Awarded as Offshoring Destination of the Year

Bulgaria Awarded as Offshoring Destination of the Year 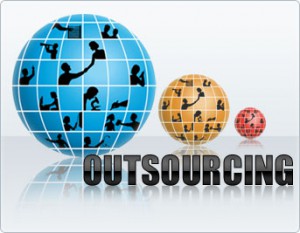 In its sixth year, the EOA Awards recognized and celebrated the efforts of companies and countries who have demonstrated best-practices in Pan-European outsourcing. Kerry Hallard, Director of the EOA, commented:
“Being awarded from the EOA Awards is a testament to having achieved something truly spectacular in the realm of outsourcing. We were very excited to meet the crowned partnerships and organizations as the best of Europe’s outsourcing elite.”

In 2014 Bulgaria has become one of the strongest regional players in the outsourcing industry worldwide, the best one in Europe, proven for offshoring European operations and attracting businesses seeking top-quality skills, agility and high customer satisfaction. The growth of Bulgaria has been fueled by the transformation of the IT industry from pure cost and high-volume staff play to a more complex combination of quality, language skills and cultural proximity based on fewer people working in innovative shared-services centers.

All companies in the sector and institutions are pleased that their common efforts contributed Bulgaria to win the prestigious award in the European Outsourcing Awards.